In April I went to Spain with Natureslens and a small group of other photographers on a bird  photography tour. Our location, in the Castilla-La Mancha region, was about 2 hours west of Madrid and close to its more famous neighbour, Extremadura. A local photographer had been working hard to create a set of hides to attract wildlife photographers to the region and persuade the local politicians that ‘nature tourism’ was a viable alternative to the usual hunters that came to the region. His hard work was paying off and photographers from all over Europe were beginning to discover this location.

It was a busy week – with plenty of early morning starts and plenty of action-packed bird photography. We started the week by hiking over fields in the pitch black to be stationed in individual hides before dawn to photograph the Great Bustard. A very tiring day which ended around 10pm so that we could leave the way we arrived – under cover of darkness!

The week had some special highlights for me. I had photographed Hoopoe before but only had one or two shots in poor light. On this trip I spent some time close to a nest in an olive grove – with the adult birds coming to feed the chick. I was even fortunate enough to see the chick pop it’s head out of the nest hole when demanding to be fed. I hadn’t photographed Lesser Kestrels before, so spending some time with a small colony that had made an old barn their home was very special. And last but not least – the Black-shouldered Kites – a real treat. Our guide had set up a hide on the field margins under a tree for more cover, only to discover that the Kites chose that tree to nest in. This was a one-man hide which was entered before dawn in complete silence so that we didn’t disturb the birds. Sat quietly waiting for 2 hours for the light to come up, I could hear wildlife all around (including the field mouse that had joined me in the hide). But what a special sight when eventually the male Kite appeared on the perch with its kill (a vole) and called to the female, who swooped down out of the trees calling for him to pass it to her, which he did after he had prepared it. Then she was off, back to the nest to feed their chick. All this at close quarters was just incredible.

So, it’s back to Spain in 2017 for this trip again – combined with another location for a week to photograph other raptors.

Here are some images from the trip: click on them to open a bigger version. 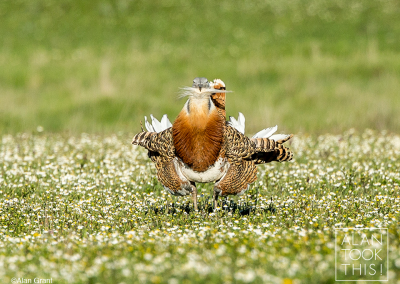 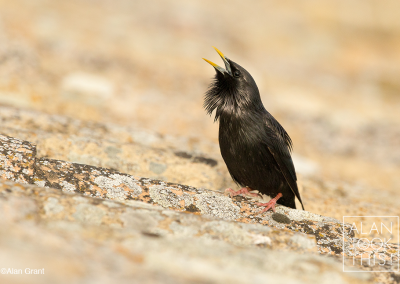 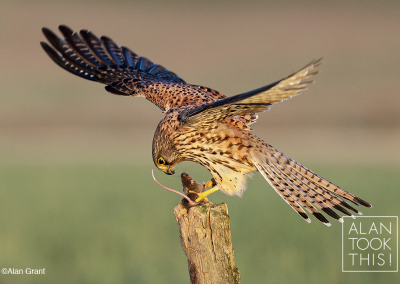 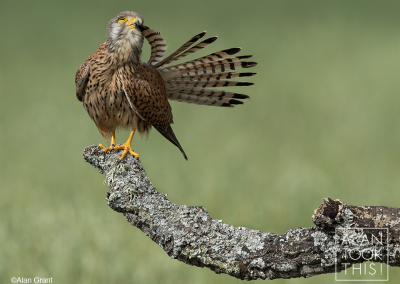 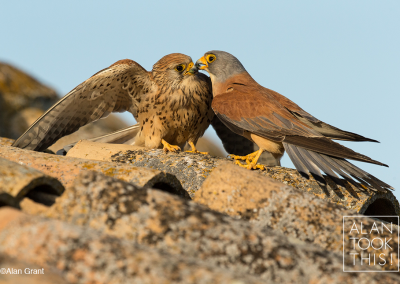 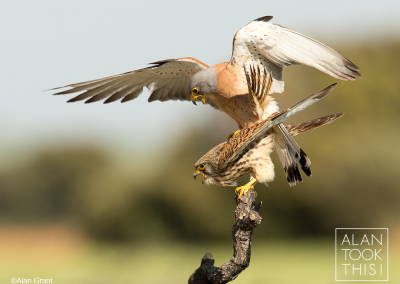 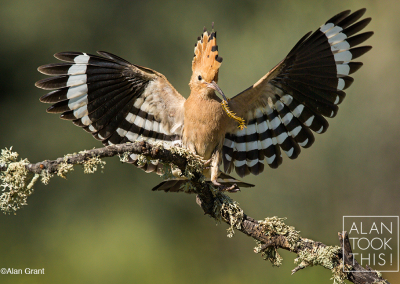 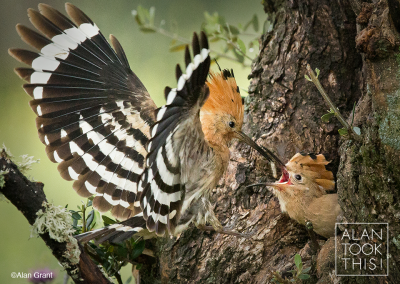 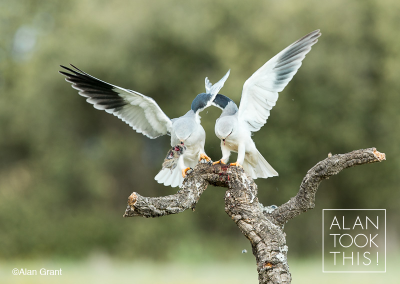 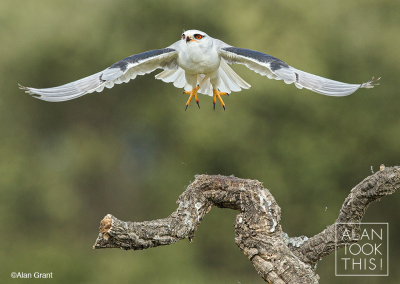 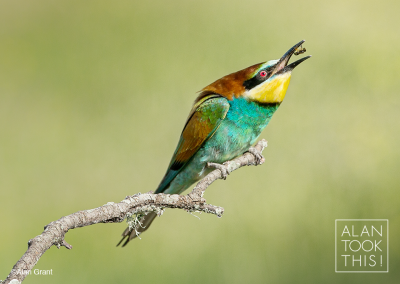 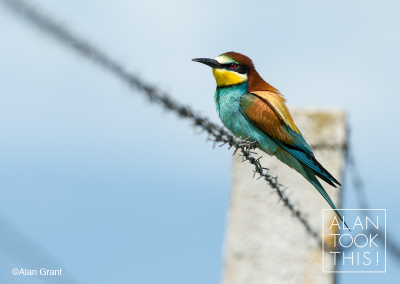