Two years ago I travelled to Spain with Natureslens to photograph birds in Calera. I enjoyed it so much that I booked to go back again in 2017. But this time with a difference: Natureslens also had a trip the week before Calera to photograph Eagles in the Sierra Morena in the south of Spain. So I rolled the trips together, with a day in Madrid in between the two tours.

It was a fantastic two weeks – with good company and days filled with bird photography.

Week 1 – Adamuz
We flew into Malaga (along with the Easter holiday crowd!) but headed inland for about a 2 hour drive to Adamuz – the location of our local birding tour guide, Alpasin. Adamuz is a small provincial town in the Sierra Morena region. We were soon settled into our hotel and received a warm welcome from our hosts, who also ran the restaurant we would eat in.

Our first full day of photography started with a pre-dawn drive into the mountains to a hide to photograph the Spanish Imperial Eagle. But, as ever with wildlife photography, things rarely go to plan, and on this first morning we were blanketed by the mist that was rising from the valley floor, making photography nearly impossible. Through the mist we occasionally got a glimpse of the pair of eagles that visited this site. They were sat in a tree a short distance away. Eventually, after the mists burnt off, they took to the air – and promptly flew off down the valley! That was it. 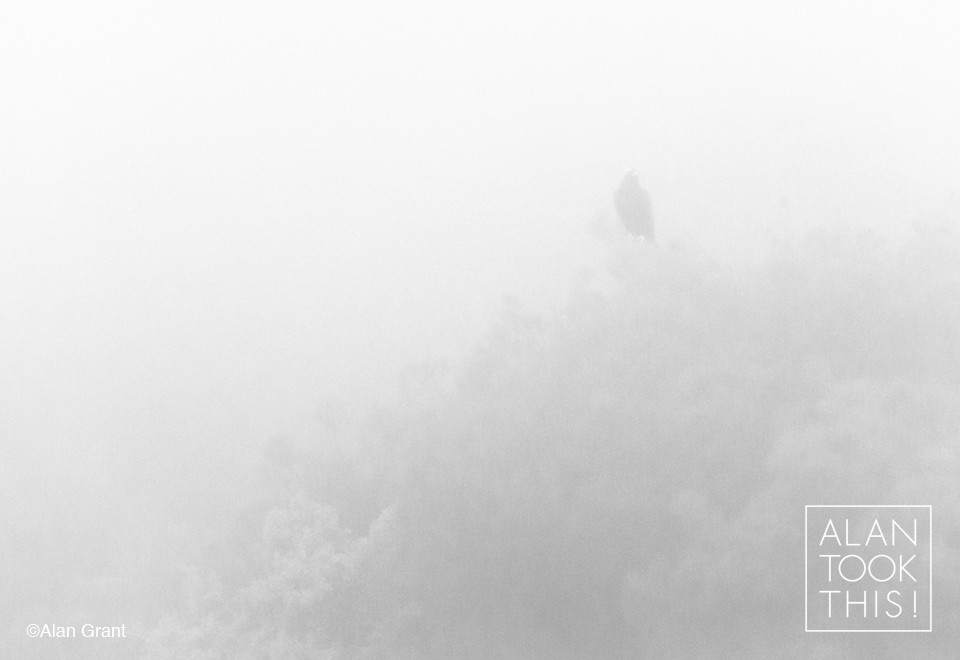 Day 2 was a later start. This time we were heading into another area in the mountains and hoping to see Golden Eagles. Arriving at the hide around midday we settled in and waited. We would be here for another 8-9 hours but the hide had comfortable chairs and room for 4 people. The hide is purpose-built with one-way glass and good views across the tree tops – allowing you to track the eagles for flight shots. But we weren’t going to be that lucky – one eagle arrived after 8pm, just as the sun was dropping behind the hill to our left. It perched in a tree just close enough to get some shots of it in the landscape. Our guide was due to arrive back at 8.30pm to collect us. He saw the eagle was there, and stayed away until the eagle left, but by then the light had dropped and all the shots were at high ISOs. Another frustrating day. Who said wildlife photography was easy!

Day 3 was much the same – back in the Spanish Imperial Hide but the only views we had was of one bird perched in the trees on the distant skyline. We were beginning to think we were jinxed.

The rest of the week was made up of various hides – I visited the Hoopoes 3 times, Kestrel twice, Kingfisher once, and the drinking pool hide a couple of times to see a variety of smaller birds. Another session with the Golden Eagle was also more rewarding, with the bird arriving a little earlier and looking splendid, bathed in the glorious evening light.

We all had a brilliant time – great camaraderie and lots of photography chit-chat. Thanks to Sean, David, Weng and Laura for making it a memorable week.

Here are some more images from my time in the Sierra Morena. 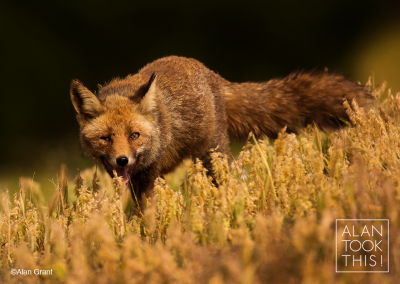 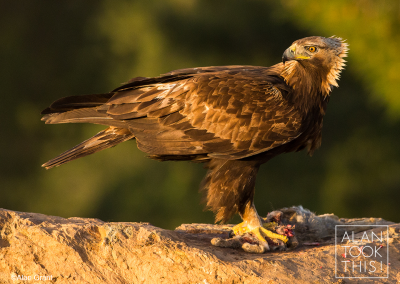 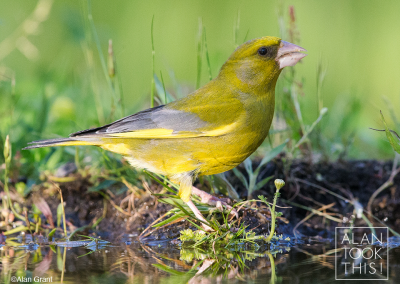 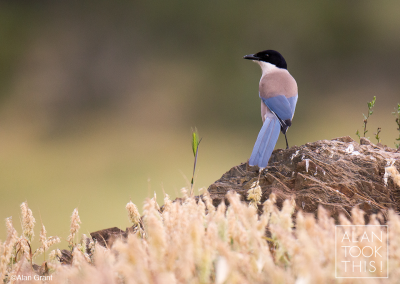 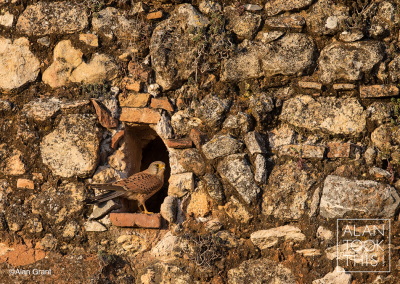 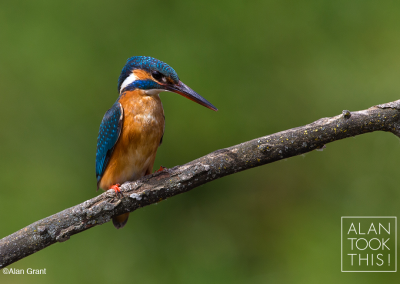 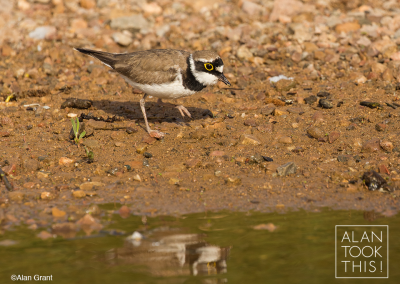 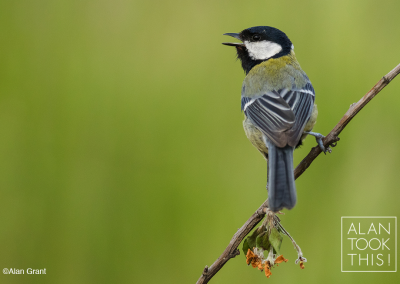 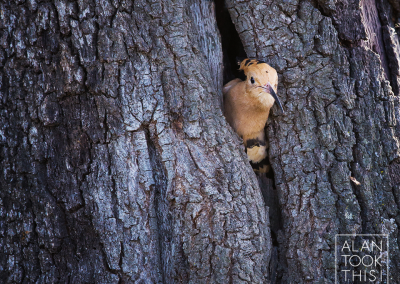 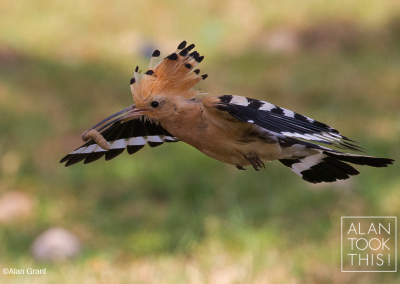 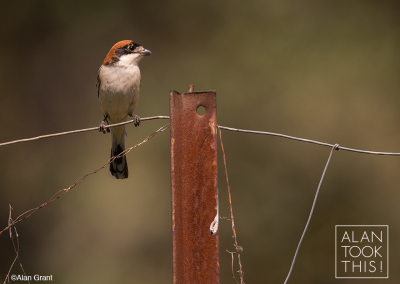 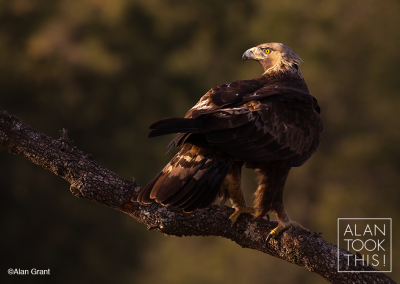 They are such beautiful birds it's a lovely photo

I thought magpies flew south for the uk winter but had one only in my garden last week. Impressive photo!

love that! simple. but beautifully done

That is gorgeous. Great pic, Alantookthis.

Such stunning birds, thanks for sharing Alan.

That is one beautiful picture of this beautiful little bird

They are beautiful. Amazing colours.

Beautiful ,both bird and photograph

Great photo of one of my favourite birds.

Wow that is one beautiful bird

Magnificent birds - I was hoping to see them again in April, I fear I will not

I love your photos, Alantookthis.

Such beautiful powerful magnificent bird what a lovely photo

Perfect timing and a brilliant shot.